Dr. William J. Larkin’s IVP New Testament Commentary on Acts is the ‘gift that keeps on 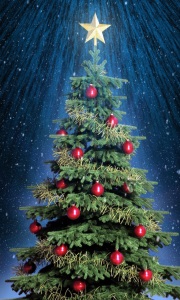 giving.’  I seriously thought that three, or at most four, posts would cover the main fallacies within Christendom evidenced in his treatment of Acts…  But, I just keep finding new stuff!

I have another post in the series well underway, but decided to push this fairly short thought forward in the schedule.

While writing part 4, I read a paragraph and did a major double-take!!  Here is the paragraph:

What guidelines does this incident yield for today? There is a large measure of freedom, but that freedom is to be used to promote (1) the advance of the gospel and (2) the unity of an ethnically diverse church. So long as our conscience is not bound by non-Christian traditions and practices and the Christian gospel is not syncretized with the thought behind non-Christian practice, our pre-Christian religious past, properly cleansed, may move into a transformed spiritual future.

Help me out here…. Did he just say that syncretism is okay, as long as we properly clean it up?  Of course, this is at the end of his discussion on Paul’s Nazarite observance, implying again that he believes it to be mere ‘tradition.’

Here is my MAJOR problem with Larkin’s take on syncretism:  It is contra Scripture!

“When the Lord your God cuts off before you the nations which you are going in to dispossess, and you dispossess them and dwell in their land, 30 beware that you are not ensnared [a]to follow them, after they are destroyed before you, and that you do not inquire after their gods, saying, ‘How do these nations serve their gods, that I also may do likewise?’ 31 You shall not behave thus toward the Lord your God, for every abominable act which the Lord hates they have done for their gods; for they even burn their sons and daughters in the fire to their gods.

Clearly, we are told NOT to worship Yahweh as the pagans worship their gods.  That means NO syncretism.  We simply cannot ‘properly cleanse’ it!

When He says, ‘Do not worship Me as the pagans worship their gods,’ it is because we cannot avoid the influences and the symbols incorporated that are themselves doorways to evil.

It is almost breathtaking that Larkin, an ordained minister in the Presbyterian Church in America, would say,

So long as our conscience is not bound by non-Christian traditions and practices and the Christian gospel is not syncretized with the thought behind non-Christian practice, our pre-Christian religious past, properly cleansed, may move into a transformed spiritual future.

But, that is the ‘freedom’ he talks about…  A ‘law-free gospel,’ or in the terms of Scripture, a lawless gospel.

“Not everyone who says to Me, ‘Lord, Lord,’ will enter the kingdom of heaven, but he who does the will of My Father who is in heaven will enter. 22 Many will say to Me on that day, ‘Lord, Lord, did we not prophesy in Your name, and in Your name cast out demons, and in Your name perform many [a]miracles?’ 23 And then I will declare to them, ‘I never knew you; depart from Me, you who practice lawlessness.’

Instead of justifying syncretism, we – especially seminary professors and scholars, should be rooting it out of the church!