I can’t hear what you SAY, I watch what you DO!

My father had some wise sayings that have stuck with me.  One he often quipped at the right moment was, 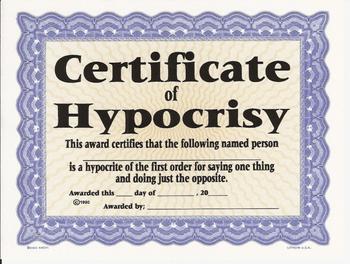 “What you DO speaks so loud, I can hardly hear what you SAY!”

This he would use as a scalpel to expose hypocrisy when actions did not match professed belief.

It is interesting that Yeshua used the positive and negative of this, more than once, to make His point.

18 The disciples of John reported to him about all these things. 19 Summoning [a]two of his disciples, John sent them to the Lord, saying, “Are You the [b]Expected One, or do we look for someone else?” 20 When the men came to Him, they said, “John the Baptist has sent us to You, to ask, ‘Are You the [c]Expected One, or do we look for someone else?’” 21 At that [d]very time He cured many people of diseases and afflictions and evil spirits; and He gave sight to many who were blind. 22 And He answered and said to them, “Go and report to John what you have seen and heard: the blind receive sight, the lame walk, the lepers are cleansed, and the deaf hear, the dead are raised up, the poor have the gospel preached to them. 23 Blessed is he [e]who does not take offense at Me.”

The text says, ‘at that very time’ He healed, cured, preached, etc.  Specifically, He demonstrates that He is the fulfillment of Isaiah 35:5-6 and 61:1!  Essentially, He says, ‘Watch what I DO!  Report to John that I am DOING the things Scripture says I should be DOING.’

How many times in Scripture are we told to ‘do,’ or ‘obey,’ or ‘hear,’ as in ‘shama’ which has the connotation of ‘hear and DO?’

The last two days we have explored aspects of Torah Portion #Mishpatim, Exodus 21-24.  In Exodus 23, in a passage promising the #Messiah, we see,

Be on your guard before him and obey his voice; do not be rebellious toward him, for he will not pardon your transgression, since My name is in him. 22 But if you truly obey his voice and do all that I say, then I will be…

Over and over, from Genesis to Revelation, we see action connected with belief!

Famously, Ya’acov (“James”) the half brother of Yeshua, said,

And, that is why Christendom is so perplexing!!

We say, ‘I believe the whole Bible is true,’ then, for the majority, we don’t DO what it says!!  Is that faith?

Not according to Ya’acov!

Not according to Rav Sha’ul (Paul).

Not according to Yeshua.

What did Yeshua and Paul DO?  They kept the #Sabbath, kept the Feasts, ate clean…  essentially, they were obedient to ‘the Voice,’ they kept the Torah.  Scripture, and especially Acts, attests this at every turn!

It is time for Christendom to consider the #hypocrisy of saying ‘all of Scripture is the Word of #God,’ and then only doing half of it because, “What you do speaks so loud, I can hardly hear what you say.”

If this has challenged or blessed you, please consider sharing!

1 Response to I can’t hear what you SAY, I watch what you DO!