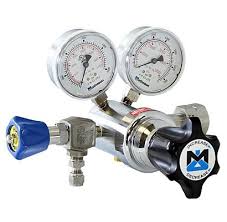 1   a : to govern or direct according to rule

b  (1) : to bring under the control of law or constituted authority

(2) : to make regulations for or concerning:  regulate the industries of a country

2 : to bring order, method, or uniformity to:  regulate one’s habits

3 : to fix or adjust the time, amount, degree, or rate of:  regulate the pressure of a tire

Growing up in a small Southern town situated in the Bible belt, there were more than a couple denominations with sins that I couldn’t find in the Bible.

One denomination said that drinking alcohol was a sin

, but I found no such condemnation in the Bible.  Oh, there are passages that state clearly not to be drunk and others that refer to wine as a mocker, but I could and still cannot find any passage or verse where in God forbids strong drink.  In fact, quite the opposite. there are multiple passages where God says to buy strong drink and enjoy! (Study the Feasts of the Lord…)  The simple fact is, god never condemns alcohol, but He does regulate its use.  To state it another way, He allows it within certain boundaries, therefore it is not sin unless one steps outside of the specific boundaries He placed on it.

I could pursue the exact same line of thought for dancing. We had a denomination or two that forbid dancing.  They called it ‘sin!’ And, while I agree that likely what the teen crowd was doing stepped well outside the boundaries of righteous behavior, the simple fact is that on its face, dancing is not a sin.  Scripture offers quite a few principles and even direct statements concerning how we are to act that would apply to dancing.  So, when we see David dancing before the Lord, he is not sinning.  rather, he is worshiping as he does so within the bounds of decent behavior as defined by God’s Word.

How about stealing?  Is stealing ever regulated?  The Ten commandments among other places give us a very clear command: Thou shall not steal.  Period.  Other laws concerning stealing similarly list the infraction and the penalty.  No where ever in Scripture is stealing regulated.  There is not a single place in Scripture where God regulates stealing by saying, ‘But, if you do steal, this is how you do it to remain inside the boundaries of what is righteous behavior.’

See, a regulator or regulation sets boundaries or controls.  If you look at our definition above, you will see that to regulate something is to govern or direct it according to rule.  Essentially, this is allowing it within certain guidelines.  We see this throughout our society and culture.  Many, many types of businesses are regulated.  There are clear regulations for how to operate a medical practice, funeral home, liquor store, distillery, taxi cab service, etc.  The list is endless.

Much of the Torah and ensuing writings by prophets and apostles commenting on the Torah is regulation.  We are told what to do or what not to do in myriad circumstances.  If we plant a tree, then we are to offer the first fruits in a certain year and only after may we partake of the tree.  If we plant a field, we are to allow the land to rest every seventh year.  Most regulations deal with interpersonal behavior; how we are to treat each other.

Where we often get into trouble is when we start making up sins, whether by tradition, cultural norms or building fences.  Once we create a sin that the Father never declared a sin, we have added to the Torah and supplanted, or attempted to supplant, Him as the righteous Judge and Ruler.

The simple point is that God never regulates sin.  He never ‘allows sin’ within certain boundaries.  To put it another way, if God regulates a matter, then it, by definition, cannot be sin.

What ‘sins’ do we walk around attributing to people that in fact are not sin?  What personal pet doctrines or traditions have we allowed to become additions to the Torah?

3 Responses to Does God ‘regulate’ sin?