Yesterday, while studying the Balak Torah portion with our home fellowship, I was again enthralled with the appearance of the Angel of the Lord.  My Bible is filled with highlighting and notes at each of these amazing appearances.  When I first began this journey toward a fuller understanding of Messiah, I was coming out of a Christian pulpit. 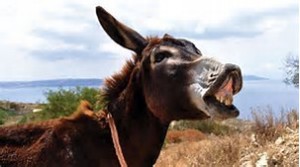 I knew very well that if Jesus, Whom I later understood to be Yeshua, is the Messiah, and if He was, as He claimed and as the Apostolic writings testify to, Elohim made manifest, then I should be able to see Him throughout the Torah.

Indeed, He is visible in multiple ways, only one of which is the many ‘Angel of the Lord’ passages.  I have mentioned some of these on this blog before, but have not done an in depth look or series that works through them other than a general overview in this post and a Study Guide I posted.  The simple fact is, a study of the Angel of the Lord so strongly connects Yeshua with the Torah that we are left without excuse.  Other clear pictures/connections/manifestations only serve to bolster the underlying fact that if we love Jesus/Yeshua, then we will keep the commandments He gave from Mt. Sinai.  …All of them!

So, let’s jump in.  This first offer will be from Numbers 22 and 23.  In future posts, we will go back and pick up numerous other appearances of the Angel of the Lord.

Balaam, the greedy seer, son of Beor at Pethor, is summoned by Balak to curse Israel on the eastern side of the Jordan in the months leading up to their crossing at Jericho.  We’ll not get into Balaam’s grave error and the events leading up to his eagerness to curse Israel other than to state that he was walking contrary to the express will of God leading to a most amazing encounter.

Balaam was riding his donkey and was accompanied by two servants.

Here we have an amazingly set stage for a face to face encounter between the Angel of the Lord and Balaam.  Jokes aside about this ‘seer’ being so blind that he actually responds to a talking donkey, Balaam is about to come face to face with Someone that makes astounding claims.

31 Then the Lord opened the eyes of Balaam, and he saw the angel of the Lord standing in the way with his drawn sword in his hand; and he bowed [h] (prostrated) all the way to the ground.

In Scripture we find many passages where angels appear visibly to man.  It is interesting to note that they always tell the human NOT to bow, except in the cases of the Angel of the Lord.   Over and over, we see the Angel of the Lord make astounding claims in addition to accepting worship.  Make no mistake, this is no mere ‘messenger.’  More on that in a minute.

32 The angel of the Lord said to him, “Why have you struck your donkey these three times? Behold, I have come out as an adversary, because your way was [i]contrary to me.

Hey!!  I have read and studied this passage dozens of times and here for the first time I notice the words, ‘TO ME!!’  The Angel of the Lord is clearly claiming that HE is the One who told Balaam not to go (Num. 22:12).  Just another little detail

33 But the donkey saw me and turned aside from me these three times. If she had not turned aside from me, I would surely have killed you just now, and let her live.” 34 Balaam said to the angel of the Lord, “I have sinned, for I did not know that you were standing in the way against me. Now then, if it is displeasing to you, I will turn back.”

35 But the angel of the Lord said to Balaam, “Go with the men, but you shall speak only the word which I [j]tell you.” So Balaam went along with the leaders of Balak.

Here is where the serious confirmation begins.  The Angel of the Lord tells Balaam, ‘…you shall only speak the words which I tell you.‘  I cannot stress this point enough!  Not only has the Angel of the Lord accepted worship, He now claims to be the One who will direct Balaam what to speak.

Balaam gets the message loud and clear.  Notice what he says concerning the Angel of the Lord just a couple verses later,

38 So Balaam said to Balak, “Behold, I have come now to you! Am I able to speak anything at all? The word that God puts in my mouth, that I shall speak.” 39 And Balaam went with Balak, and they came to Kiriath-huzoth. 40 Balak sacrificed oxen and sheep, and sent some to Balaam and the leaders who were with him.

41 Then it came about in the morning that Balak took Balaam and brought him up to the high places of Baal, and he saw from there a portion of the people.

Skipping down a few verses to Numbers 23:5 we read thusly,

5 Then the Lord (Hebrew text says, YHVH!!) put a word in Balaam’s mouth and said, “Return to Balak, and you shall speak thus.”

Clearly, the ‘Angel of the Lord’ and ‘the Lord’ (YHVH) are one and the same.  Or, as we see in the Shema, they are echad, a multiple unity.  We will deal with some of the objections as we develop this series,  and the mountain of evidence completely squashes those who claim this is an angel, little ‘a’, speaking on behalf of Yehovah.

Yeshua made an astounding claim when He said,

John 14:9 Yeshua *said to him, “Have I been so long with you, and yet you have not come to know Me, Philip? He who has seen Me has seen the Father; how can you say, ‘Show us the Father’?

And, He also said,

John 5:37 And the Father who sent Me, He has testified of Me. You have neither heard His voice at any time nor seen His form.

Just what did Balaam see and hear, then?  Yeshua claims to be the One who reveals the Father.

John 1:18 No man hath seen God at any time, the only begotten Son, which is in the bosom of the Father, he hath revealed him.

We will develop this more as we consider other ‘Angel of the Lord’ passages, but this is good brain food for now.

There are a couple other pointers I want to make from this Torah portion.

Details in 'About' page @ natsab.wordpress.com Basically, husband of one, father of four. Pastor x 11 years, former business and military background. Micro-farmer. Messianic believer in Yeshua haMashiach!
View all posts by Pete Rambo →
This entry was posted in Angel of the Lord, Deeper Study and tagged Balaam, Christophany, Jesus in the Old Testament, Lawgiver, manifestation. Bookmark the permalink.