Reblog: What the First Golah Community Forgot About Sukkot

My good friend and fellow blogger, Peter Vest, has just posted one of those classic posts that gets me so excited I am about to jump out of my skin!!!  Sometimes, this whole regathering of the Tent of David is so exciting I can’t sleep and just want to shout, “HalleluYah!!”

What the First Golah Community Forgot About Sukkot

In the fifth century B.C.E., when a small group of Southern Kingdom exiles returned to Israel, they had mostly forgotten about the Torah.  They had survived a great trampling, 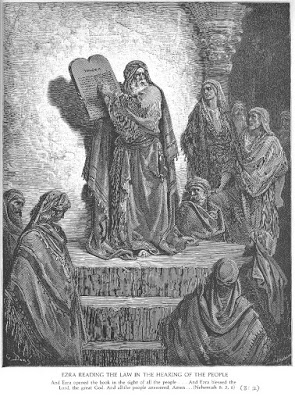 like grain on a threshing floor, but they had returned bruised and beaten and on the verge of cultural extinction.  Like wheat separated from chaff, they had remained distinct up until that point.  But now, having forgotten about the Torah, they had also forgotten about who they were.  And so they had begun to intermarry with non-Jews at an alarming rate.  It seemed as though the returnees from the Southern Kingdom (i.e. the Jewish People) would be annihilated via assimilation just as the Northern Kingdom had been:

“Therefore they shall be as the morning cloud and as the early dew that passeth away, as the chaff that is driven with the whirlwind out of the floor, and as the smoke out of the chimney,” Hosea 13:3

But G-d, abounding in mercy and love for His People, raised up Ezra (pictured above).

Ezra knew the cure for cultural amnesia:  Sukkot–also known as a festival of ingathering (Exodus 23.14-16) which was appropriate given that G-d had “ingathered” the exiles like wheat from the threshing floor.

And Ezra recalled what Moshe said regarding the purpose of Sukkot: 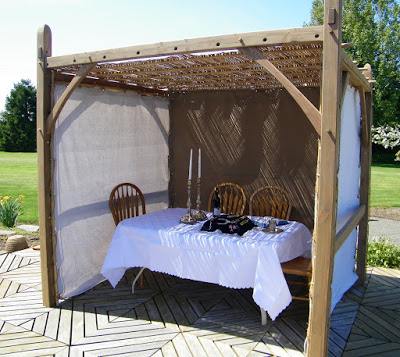 “Moses wrote down this Teaching and gave it to the priests, sons of Levi, who carried the Ark of the Lord’s Covenant, and to the elders of Israel.
And Moses instructed them as follows:  Every seventh year, the year set for remission, at the Feast of Sukkot, when all Israel comes to appear before the Lord your God in the place which He will choose, you shall read this Teaching aloud in the presence of all Israel.  Gather the people–men, women, children, and the strangers in your communities–that they may hear and so learn to revere the Lord your God and to observe faithfully every word of the Teaching.  Their children, too, who have not had the experience, shall hear and learn to revere the Lord your God as long as they live in the land which you are about to cross the Jordan to occupy.”  Deuteronomy 31.9-13.

So Ezra read the Torah.  And, wouldn’t you know, just as Moshe had prophesied, Am Yisrael heard the words and decided to recommit to observing the Torah faithfully:

“And he [Ezra] read from it [the Torah] facing the square before the Water Gate from early morning until midday, in the presence of the men and the women and those who could understand. And the ears of all the people were attentive to the Book of the Law….  (Continue reading)

2 Responses to Reblog: What the First Golah Community Forgot About Sukkot