Good friend and fellow sojourner, Ken Rank of United2Restore, has written a terrific article that sums up a lot of history and the quandary that Christendom is in as they try to reach the Jews.  But maybe, just maybe, we’ve been looking at this all wrong because we have used the wrong lens (paradigm) to understand Scripture.

This is a terrific read that is well worth your time and may challenge your thought process in several important ways!  Enjoy!

Most historians believe that a good solid understanding of history is the best guide in terms of understanding the future. History often stands as a beacon of things to come because humanity has not always 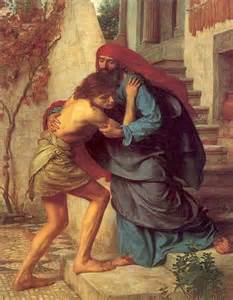 excelled at not repeating its mistakes. And so it has been between Christian/Jewish relations for the last 2000 years. Where these two peoples should stand more united against their common foes, they remain at odds usually over poor conclusions, bad definitions, and false assumptions. This has been a two –sided coin in terms of fault, but it also might be safe to say that the coin lands on one side more often than the other. Though the Christian means well, his evangelical paradigm brings with it a line in the sand which he uses to determine who he can and can’t call brother. Couple this with the fact that most Christians tend to live out of the “New Testament” (NT) and don’t study the Tanach or “Old Testament” (OT) as much, it then becomes easier to understand why these two people who have far more in common than they realize seem to stand at odds with each other more often than not.

Whether Christians realize it or not, Christianity began as a sect of Judaism.[1] There was a Jewish rabbi, a teacher, whose name was Yehoshua[2] (Yeshua being the short form, commonly known today as Jesus) and he had many followers. He taught from the Torah (the law, God’s instructions), and he was believed to have walked out the contents of the Torah to perfection, as intended by the author. The book of Acts declares that as many as 20,000 or more Jews believed that Yeshua was messiah[3] and, though this may come as a surprise to some, many people now believe that the Jews were not necessarily his main target audience. While his message and work would appear to apply to all, the weight of his message was aimed specifically at the Lost Sheep of the House of Israel.[4] What has been widely misunderstood for a very long time is just who the lost sheep of the House of Israel are.

The question, “Who are the Lost Sheep of the House of Israel,” seems to have two widely accepted answers. The first is the dominant opinion of evangelical Christianity and it states that the Lost Sheep are anyone who has not accepted Jesus Christ as their Lord and Savior. This view sees the world as lost and it sees the Great Commission, more or less, as a call to convert the world to Christianity as its primary objective. This answer, whose adherents tend to believe that there were none righteous before Yeshua, thus falls short in dealing with the bible calling certain people “righteous” even before Yeshua accomplished his mission.[5] The second answer is the minority answer but an answer that is quickly growing in acceptance. It believes that the Lost Sheep are the remnant (those who are left, still alive) of the Northern Kingdom, Israel, and those who are otherwise grafted into to Israel. Those who hold this view tend to be somewhat less evangelical and more centered on how to walk out the walk as modeled by Yeshua (which would include doing all the things he did, to include the Sabbath and Feasts). This view sees the Great Commission as a call to live in a manner that reflects Yeshua’s walk while being ready to teach those drawn by God to that individual. The weight, for these people, is on the walk first rather than evangelization first. It should be noted that BOTH opinions are centered on love; it is just that these two groups read the same material and come away with a differing conclusion. That is possible when two people read the same material but who each read from a different paradigm, a different perspective.

After the Kingdom of Israel split into two nations (Judah in the south, Israel in the north) the Northern Kingdom fell deeper into the idolatry that was already a way of life for them. Deaf to the warnings from Prophets sent from God, the Most High allowed the Assyrians to come into Israel and wreak havoc, ultimately taking the Northern Kingdom into captivity. There, Israel did not fall to its knees before the God of Israel, begging for forgiveness, rather, they seemingly assimilated into the Assyrian culture, marrying into their families and taking for their own the many gods of the Assyrians. Eventually, the God of Israel was no longer even a thought in the minds of those Israelites and the God of Israel cut the final tie, He let them go. God gave them up to their idols and along with their having accepted other gods in His place; it would take only one generation for Israel to entirely forget that they were Israelites. With them no longer seeing themselves as Israelites, the stage was set for the final act of punishment. God drove them from Assyria into the nations, scattering them like a farmer sows seed. While some historical sources suggest that 20,000+ returned, the majority of Israel (perhaps well over a million Israelites) went into all nations where they remain to this day. Israel, specifically the Northern Kingdom, is now represented by all colors, all nations, and they speak all languages, but they don’t know they are Israelites, they lack their root identity. They are as lost sheep[6], but they are a sheep with a promise, a promise to be returned. And that misunderstood point is very much a factor when it comes to a Christian’s awareness of who they are in biblical prophecy while affecting their current view of, and relationship with, the Jewish people.

Most Christians do not have a solid working knowledge of biblical history. That is not meant in any way to be an indictment on anyone nor should that be taken as a demeaning comment, it is a simple fact. Most Christians are raised in the NT, in the Apostolic Writings, and many churches do not teach, and might not even be aware of, the depth of relationship between the NT and OT. It should be noted as well, that most Christians when being discipled are only taught facts as understood by whoever happens to be teaching them. There is no methodology being taught, nor any research techniques that allow the Christian to work out his own answers, he is instead simply taught to repeat what he has learned from others. Thus when he reads the word “Israel” anywhere in Scripture, he assumes it is a reference to the Jews because that is the belief of the Christian culture we are born into. However, while the Jews are most certainly a part of Israel, they are not all of Israel. When the Northern Kingdom went into Assyria, the Southern Kingdom, Judah, did not. In fact, they essentially continued walking in the commandments and statutes of God. They had their moments, and ultimately they too would find themselves captive to another nation (Babylon), but their end is clearly different then the end result of the Northern Kingdom. The Southern Kingdom, Judah, came home from their dispersion, they returned from Babylon. Because of this, we have a clear historical line from before the time of Babylon to today’s modern Jew. It is accurate, both historically and biblically, to say that the House of Judah (the Southern Kingdom) is very clearly the Jewish people and the Jewish religion that we see today. Yet, the Northern Kingdom, Israel, went into captivity 140 +/- years before Judah went into Babylon. And with a prophesy spoken by Hosea proving that Israel hadn’t come back at that time[7], we know the lost sheep as referenced in the Apostolic Writings to be those Israelites still in the nations promised to one day return home. That is key because, again, Yeshua said, “I have not been sent BUT to the lost sheep of the House of Israel.”